An uplifting but traditional programme was picked and featured several members of the band in the guise of solos, duets and sectional features.

The concert opener was Fire in Blood, a piece composed for the Salvation Army and their symbol and featured solos from front row cornet, Jon Hall and Principal Euphonium, Chris Murphy.

Next up was Pie Jesu and was the first of three pieces to feature our guest soloist soprano, Bethan Terry. Bethan is in her 3rd year at music college in London and it was an incredible experience for the band to have a different element to their concert repertoire. Pie Jesu was specially arranged for brass band and soloist by our Flugal horn player Graham Robinson.

Another solo followed, this time from our Bass Trombonist, Dan Ellis. His solo "Old Pops Was Right" was composed by Alan Fernie and based around the works of Louis Armstrong and the tune of "Its a wonderful world".

The first half of the concert concluded with "Trumpets Wild" a feature for the cornet section and a performance of the 2020 regional test piece "The Golden Sabre" by Kit Turnball. The band will perform this piece at the regional finals in Torquay on Saturday 14th March.

After a short interlude for tea and refreshments and the all important raffle it was on to the second half which opened with a Father and Son Duet of "Occasional Oratorio" performed on Bb cornet and soprano cornet by Tony and Matt Osbourne respectively. This was followed by a march "The Red Shield" and the opening movement of "The Armed Man". Bethan returned to the stage to sing "Sunset Poem" another arrangement by Graham Robinson and then "A Little Prayer" composed by Evelyn Glennie. Our final pieces of the night were "Hymn to the Fallen" from the film Saving Private Ryan and the traditional "Jersusalem" again featuring our soloist soprano. Final Encore "Tristch-Trastch Polka".

As always the band would like to thank the audience for coming and its support. It was wonderful to play in our home town and we look forward to many opportunities to do so in the future.

Thank you to Bethan for travelling down from London and performing with us.

To our MD David for all of his hard work preparing the band for concerts and contest throughout the year and to our players for their hard work and commitment throughout the year. A special thanks should also go to the partners, spouses and families who put up with a lot from their brass banding relatives but we couldn't do it without them! 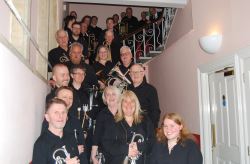 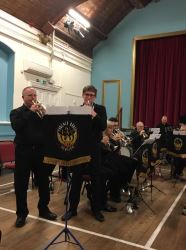 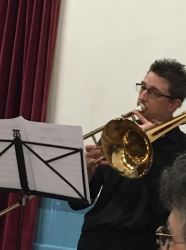 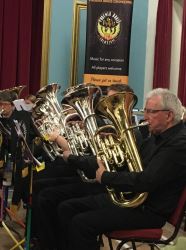 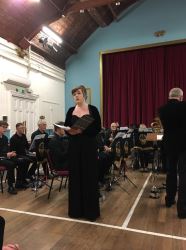 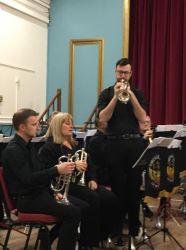 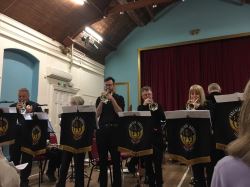 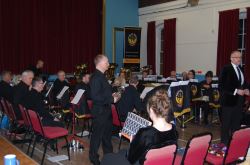 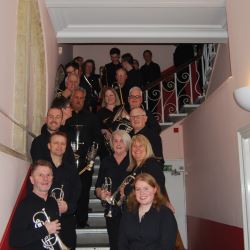 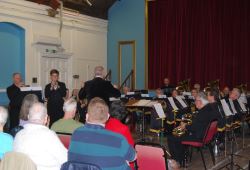 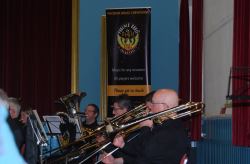