Today saw Phoenix Brass - Crewkerne travel down to Exmouth on the sunny South coast of Devon for SWBBA's 20th Festival of Brass. This popular entertainment contest consists of and adjudicated performance inside and a fringe concert outside in the Pavilion gardens.

The band started by performing their outside programme which consisted of, in Musical Director David Boorer's words "pure cheese"! We began with Beside the Seaside, an arrangement by our own in house arranger Graham Robinson. This was followed by 70s favourites ABBA and Alan Fernie's arrangement ABBA goes Brass. Bass Trombonist Dan Ellis took things ‘Arabian’ with his solo, Friend like Me from Disney's Aladdin and did a stirling job! Is any brass programme complete without a little Goff? We certainly don't think so and next up was Goff Richards’ Calling Cornwall followed by 76 Trombones. The outside programme concluded with The Floral Dance by Katie Moss.

After a quick lunch break it was time for the band to perform our inside concert which was to be adjudicated by Steve Pritchard-Jones. The programme opened with Alfred Willering's Solidus and then back to Beside the Seaside, apt given our location! The programme slowed down with cornet solo Sometimes I feel like a Motherless Child which was masterfully played by Principal Cornet Matt Read. Our homage to Wales followed with a medley of Men of Harlech and Sosban Fach with the programme concluding with Goff favourite; Calling Cornwall.

It was a great effort by the band and they were rewarded with trophies for Best 2nd section band and Best trombone section. The band placed 3rd overall beating two bands in the section above!

The band would like to thank all it's players for their hard work and dedication in the run up to the contest and all throughout the summer season. To it's supporters and family members a special thanks and to Phil Chidgey who stepped in and covered after a player emergency. 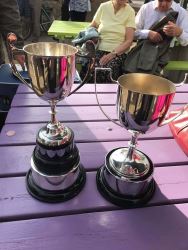 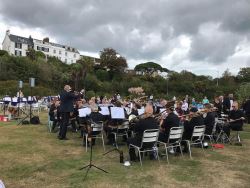 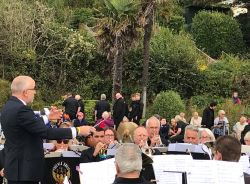 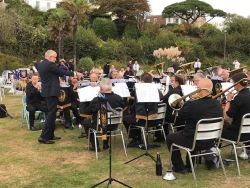 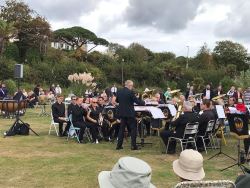 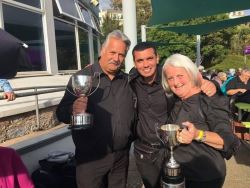