What a glorious day as the band entertained a sun drenched crowd at Lyme Regis seafront.

The band commenced proceedings at 11am with a perfectly apt arrangement of ‘Beside the Seaside’ by our very own Graham Robinson. The band followed with Barnard Castle and ABBA goes Brass before our Bass Trombonist; Dan Ellis performed what would be the first of two performances of Friend like Me from Disney’s Aladdin. Well played, Dan. Some great “foot tappers” followed ending our morning set with the well renown Floral Dance.

The band were able to enjoy the late Summer sunshine on the beach as we were not due to perform again until 2pm.

Our second set was to commence in the the same fashion as our morning performance with ‘Beside the Seaside’ followed by the great march, Army of the Nile. Our afternoon was to be a mixture of requests from our morning set and new music including Mary Poppins, Ticket to Ride, Baggy Trousers and 76 Trombones.

As the afternoon went on, it was time for the band to bring our performance to a close. No concert on a Sunday is complete without a Hymn tune which saw the band perform a band favourite; Amazing Grace. This was followed by a band from Somerset, in Dorset performing ‘Calling Cornwall’ by Goff Richards. Our afternoon wasn’t to end without an encore of Floral Dance.

Thank you to our ‘deps’ today that helped fill a few seats whilst players are away and most of all, thank you to all the band for their commitment over the Summer period.

The band return to the bandroom on Tuesday as we now focus on our upcoming concert on Saturday 19th October at St Johns Church, Yeovil. 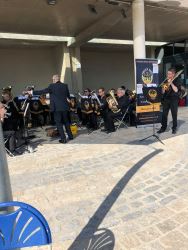 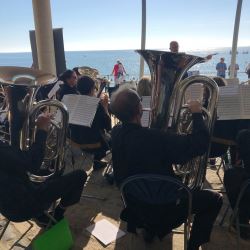 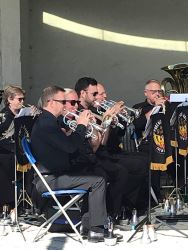 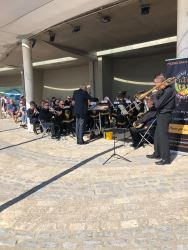 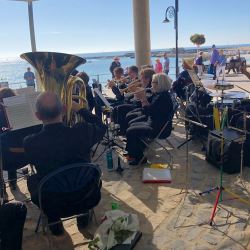 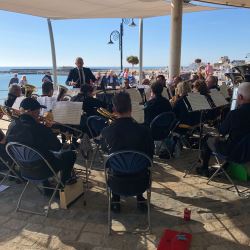 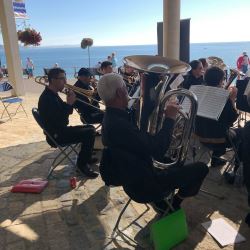 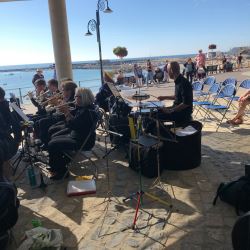 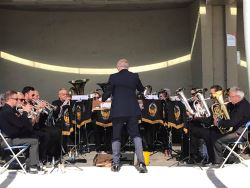 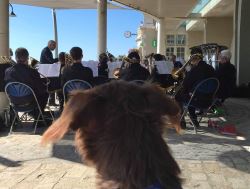